Last week, I started TEA 101, and the goal of the series is to share what I am learning about tea with you! In the first post, I broke down different common green teas in Japan. Now, I want to go into more detail about each one. This week will be about shaded teas!

Shaded and unshaded teas refer to how the tea is cultivated in Japan. Shading, or kabuse, is done to reduce the sunlight that the tea plant receives by about 85%, which lowers the plant’s photosynthesis.

Additionally, shading produces a sweeter leaf because of the higher sugar content. It also tends to create darker and greener leaves due to the plant creating more chlorophyll.

Shading is generally done for a short period (2 to 4 weeks) before the tea leaves are picked. For example, Kabuse Sencha is shaded for 2 weeks, Gyokuro for 3, and finally, Matcha for 4 weeks. Shading is done either directly on the top of the plant or more traditionally with shelf style shading. Shading is also only done in Japan.

Lastly, for this post (and most likely next week’s post to keep it constant), I brewed each tea 3 times at around 90, 60, and 30 seconds using 5 grams of leaves to 3 oz of water. I started with 50 to 60 Celsius degree temperature water, then 70 to 80 degrees, and finally 90 to 95 degrees. I wanted to show a snapshot of the teas rather than show longevity.

I hope you enjoy! Let’s go!

Description: « Heavenly Drop Gyokuro is a rare tea with a silky and rich umami flavor accompanied by hints of caramel and a lingering melon aroma. »

Notes: The name Gyokuro means « jade dew » or « pearl dew. » It was discovered when a tea merchant came to study Tencha production in Uji. He noticed that the plants were covered to protect them from the frost. This was applied to Sencha farming, which created Gyokuro.

Gyokuro is shaded for 3 weeks, compared to Sencha’s 2 weeks. The leaves are lightly steamed, rolled, dried, and then pressed into flat, pointed needles. Gyokuro generally has a pale liquor and a sweet umami flavour. In total, Gyokuro and Shaded Sencha make up 5% of tea production in Japan.

Heavenly Drop Gyokuro was shaded for 3 weeks before being picked in May. It is from the Yabukita cultivar. The dry leaf is a dark olive colour with some bright strands of yellow-green. There is a grassy aroma with a faint lingering of seaweed. After infusion, the olive colour remained, and green was more of a constant colour. The leaves had a nutty and grassy smell.

Steep 1: The liquor was a bright yellow, with some fanning at the bottom, which made for a cloudy liquor. There was a faint grassy aroma. The texture of the liquor was thick, and it lingered on the tongue and mouth. The flavour started slowly and then there was a mild taste of umami and sweetness. It then slowly melded into a more grassy flavour with some mild astringency at the tail end.

Steep 2: The leaves, for the most part, have unfurled completely. The liquor was a brighter, almost highlighter-esque yellow. There was mild grassiness, and due to the higher temperature, a fair bit of astringency, but that mellowed out and became more vegetal. The texture of the liquor was still on the thicker side.

Steep 3: The colour of the liquor was still a bright yellow. Since this was the highest temperature, it had the most astringency. The grassy flavour only occurred during the tail end of the sip.

As an add-on, one of the other interns mentioned that I should have used less water to steep this in order to bring out the flavours more. Maybe I will resteep this again in the future with that in mind!

Description: « The liquor is jade green in color with a distinctive and intense lingering umami flavor. Kabuse Sencha is vegetal with subtle notes of spinach and a thick mouthfeel. »

Notes: As mentioned earlier, Kabuse means ‘shaded’ in Japanese. Sencha can be unshaded or shaded, like this one. Unshaded Sencha, as a whole, makes up around 68% of Japanese tea production, whereas Shaded Sencha and Gyokuro makeup only 5%. Sencha generally has some astringency and umami notes. Traditionally, it is brewed in a kyusu, but it is now commonly found in bottled tea in vending machines.

This Sencha is also of the Yabukita cultivar, shaded for 2 weeks, and harvested in May. Since it is a green tea, it was steamed, rolled into a needle shape, and then dried. I found that out of all three of the teas, this one had the darkest leaves. It was a lovely emerald green. The aroma of the leaves reminded me of fresh grass pickings.

Steeping the leaves resulted in bright green leaves, which had a nutty sweet roasted aroma, with lingering vegetal notes. The liquor was a tan yellow colour. While there was some fanning at the bottom of the cup, it didn’t make the liquor cloudy. The aroma of the liquor was subtle.

Steep 1: The first flavours I tasted were sweet and grassy, and the sip ended off with an umami flavour. It tasted very savoury and lingered on the tongue. The grassy flavour wasn’t overwhelming.

Steep 2: After steeping the second time, the leaves mostly unfurled. The colour of the leaves was a brighter yellow-green with some small baby-hair particles from the leaves at the top of the liquor. The liquor had an almost syrupy texture and started grassy with some bitterness present at the end of the sip.

Steep 3: Despite using a high temperature, there was no real astringency at this point. The flavour was very light and the liquor was mildly cloudy.

Sencha of the Wind

Description: « Wind brings a moss-like green into the cup, offering a notable aroma of willow bark and wet stone. With a beautifully cloudy liquor, it has a vegetal and gentle umami taste. »

Notes: I found that in comparison to the first two, the leaves of this Sencha were much more twisted, with more small particles than the longer pieces in the first two teas. Additionally, this is from a different cultivar, Zairai, and was shaded for 2 weeks. The leaves gave off a very faint grassy aroma. This tea also came from older tea bushes that were around 80 years old.

Steep 1: Since there the tea was made out of smaller pieces, the leaves clumped together more after steeping than the first two. It, however, also had the brightest colour after infusion and smelled sweet and grassy. The liquor leaned a pale yellow colour with tan undertones. The texture was thinner and it had a hint of a grassy aroma. It tasted vegetal and reminded me of spinach.

Steep 2: I found this steep to be the sweetest, but there was still a hint of bitterness that lingered. The dry leaves became less clumped together and I could clearly see that the pieces of leaves were smaller than in the Kabuse Sencha. The faint grassy aroma remained.

Steep 3: Since this had smaller pieces and more fanning, the infused liquor resulted in the most bitterness compared to the previous two teas. There was a fair amount of fanning at the bottom. The taste went from a subtle sweetness to astringency and ended off with a vegetal note. The vegetal note was the strongest of the three teas, and it lingered.

Before I came to Japan, I knew that teas were shaded, but I didn’t put any mind to it because I honestly didn’t really quite understand why it was a cultivation practice. When I finally saw the shelf style shading in the fields and the heavy tarps, it clicked to me what it meant for the tea bushes, and as result, the finished product.

For me, the cultivation practice is most noticeable in the sencha, Kabuse Sencha, which is most fitting. To me, it had the strongest example of umami, which is a taste that generally starts of sweet before transforming into something more savoury. The closest description I can think of is the example that most people give to approximate umami: seaweed. It also had the darkest emerald green leaves.

A lot of the information is from Simona’s book, “Japanese Tea: A Comprehensive Guide”, which you can find it Amazon.com , Amazon.jp,  and Amazon.ca and information I learned from taking tea courses with Tea and Herbal Association of Canada!

Have you tried shaded or unshaded teas before, and can you tell a difference? 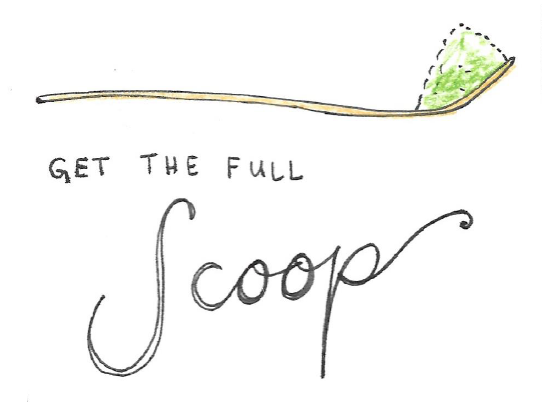