There are many ways to make tea, and just as many kinds of teapots. Today we’re going to talk about the three types of Japanese tea ware we use most often at Obubu: the chawan, houhin, and kyusu.

Chawan, or tea bowls, are used together with bamboo whisks for making matcha in the traditional way. You’ll see this method mostly in the Japanese tea ceremony, although many people also enjoy whisking their own matcha at home. Chawan developed over time from cups that were used for both wine and tea in ancient China. Over the centuries, and the transition from China to Japan, the size and shape developed into the form we recognize today.

Generally speaking, chawan are larger than most tea cups, about 13cm (5″) wide by 8cm (3″) tall. This is because matcha is both whisked and drunk from the same cup. Usually the matcha made will fill only a quarter or a third of the bowl; the rest of the space is necessary to whisk without spilling.

Chawan may be made from a variety of clays in various techniques, including inlay, carving, and many kinds of glazing. One of the most classic is Raku ware, which is made of a porous clay fired at low heat and removed from the kiln while still very hot, cooling quickly in the open air. Black Raku bowls make the green of the matcha tea pop out beautifully. 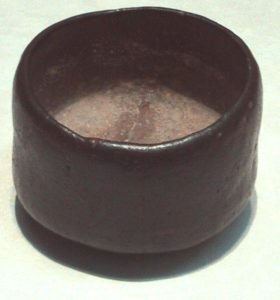 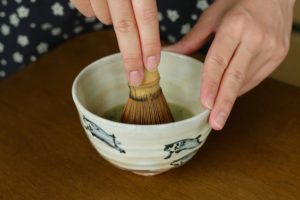 One of Obubu’s chawan, with a painted fish design

Houhin, which literally translates as « treasure bottle, » is a rare type of teapot, used especially for high-grade, temperature-sensitive teas, like kabuse sencha or gyokuro. It’s descended from early Chinese tea ware, which were just a cup and a lid. The tea could be drunk directly from the cup, using the lid to hold the leaves back, or the lid could be used to strain the tea while pouring.

Houhin have the addition of a wide spout, and either holes pressed through the wall of the tea bowl or a mesh, to make straining the leaves more convenient. They are generally small, holding only about 150ml (less than ¾ C), and are usually made of fine porcelain. This means that they lose heat quickly, and are perfect for brewing and re-brewing small amounts of sensitive, high grade teas. 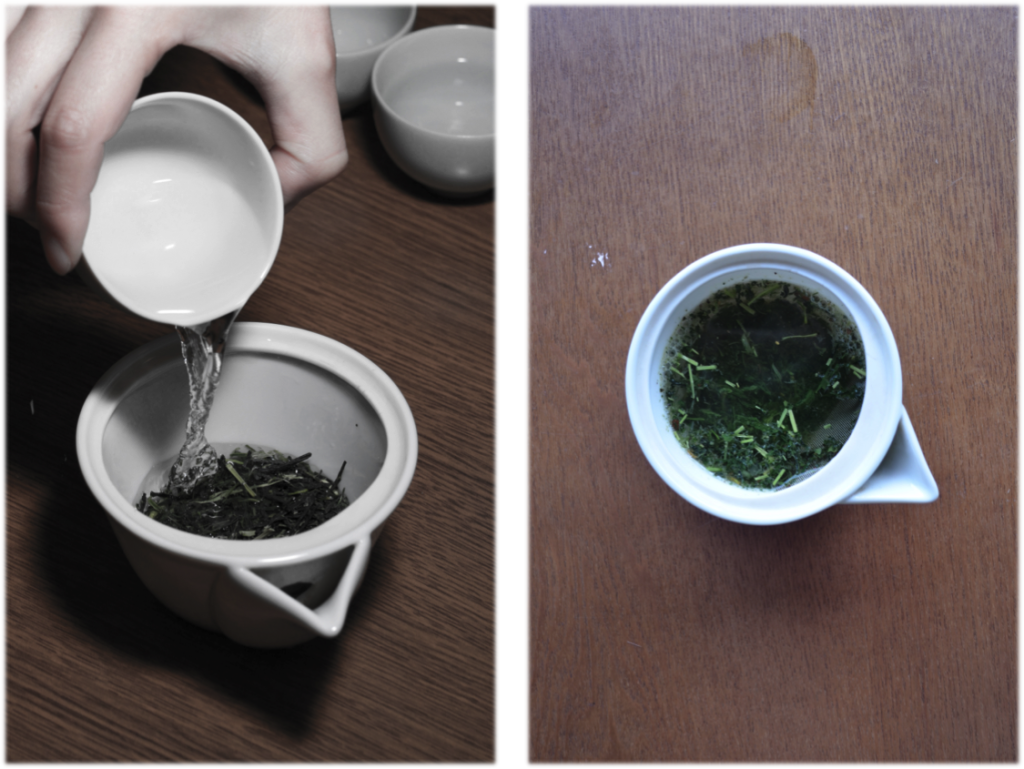 Kyusu, the last kind of Japanese tea-ware we’ll talk about today, is actually just the Japanese word for « teapot. » However, Japanese teapots are a bit unique. They often have a handle extending to the side, instead of the circular handles we’re used to seeing on western or Chinese teapots. This makes them easy to pour with one hand, simply rotating at the wrist, while holding the lid steady with the thumb. This makes pouring many small cups at once more convenient. And, like houhin, they are equipped with a mesh or holes to strain the tea.

Our kyusu at Obubu are made of Banko-yaki clay, from Mie prefecture. The clay is high in iron, and looks yellow before firing, and purple once it’s finished. The iron content also enhances the flavor of the tea, making it taste more mellow and umami. 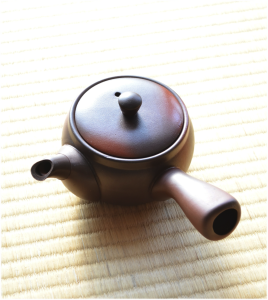 The purple glow of Banko-yaki clay 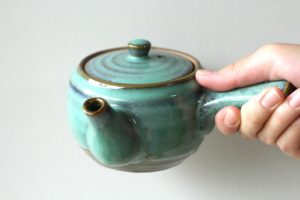 That’s all for today! So, what’s your favorite type of tea ware?