As the previous article explains that it is more reliable to use traditional Japanese teapots, such as Kyusu and Houhin, to bring out the tea’s full potential flavor, using alternative methods shouldn’t cause too much of a concern. Although the leaves may not open completely, they can still pack a punch. If brewed properly, it is still mouth-watering enough to nearly match the result of a Kyusu and Houhin.

Japanese green tea varies greatly, from Hojicha, Genmaicha to Gyokuro and Sencha, with each type having its own unique flavor. For example, Kabuse Sencha gives out such delicat and sweet taste while Hojicha brings a fairly toasty and earthy taste. Now, the leaf-water ratio will depend on the type of green tea used: 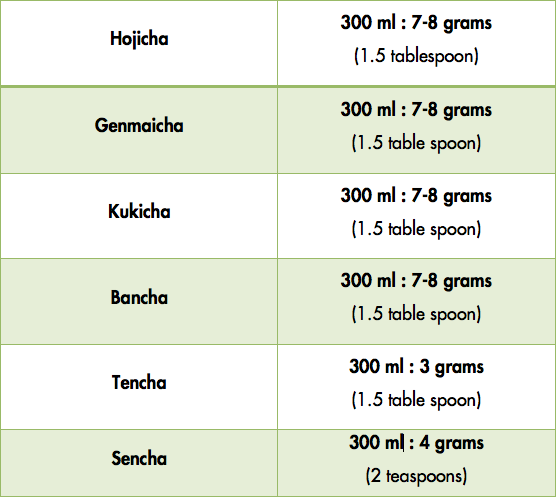 Step 2: Getting The Right Water Temperature

The water temperature needed to brew varies according to the type of green tea used. As a starting point, heat water until boiling point. It is important to note that transferring water from one cup to another can decrease the water temperature by approximately 10 degrees. 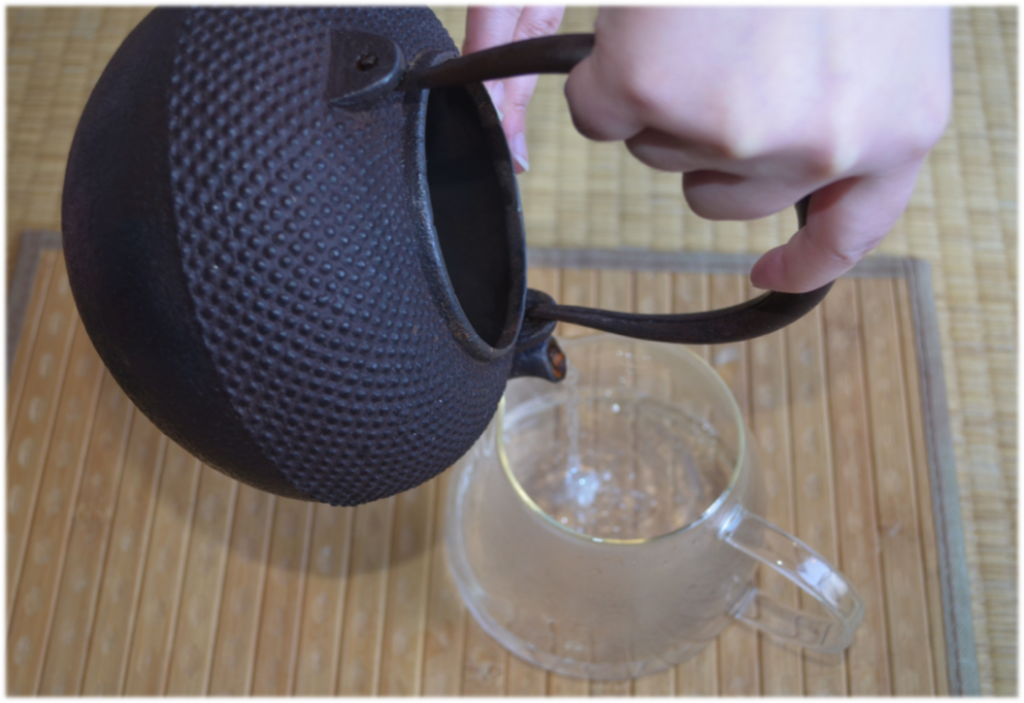 Depending on their own preferences, some would rather have it served hotter than others. 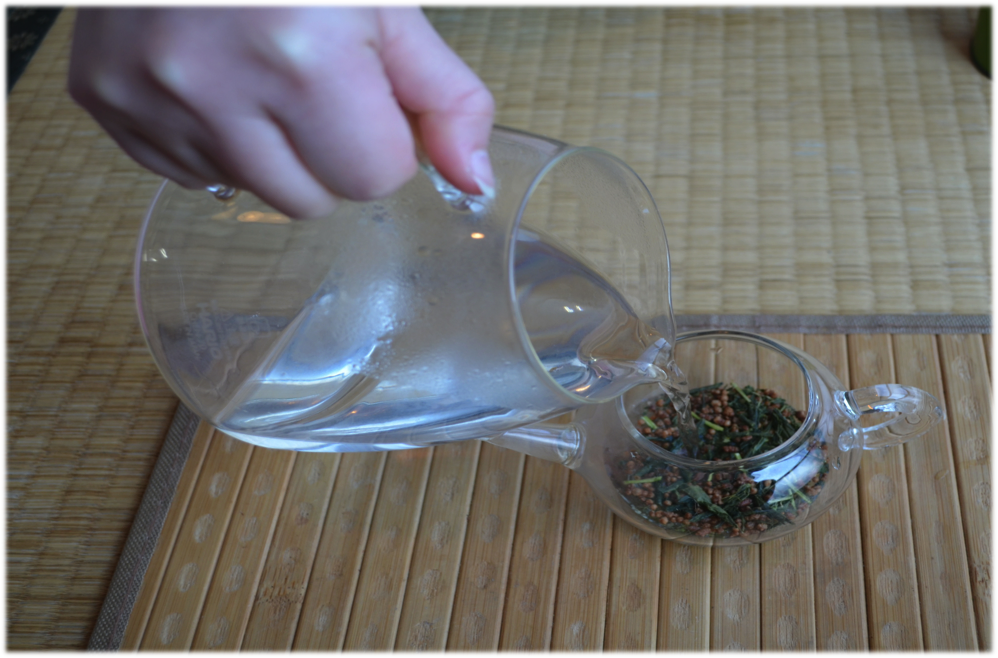 *Note: the amount of water volume affects the time taken for cooling down. Hence, it is wiser to use a thermometer in order to reach the proper temperature. Furthermore, as pitchers may be made from different materials, glass, clay, waiting time might differ too.

Two important notes to take, when steeping, are that stirring and covering the pot with a lid or alike is not recommended. It is best to leave the leaves steep on their own. In addition, steeping too long might affect the end result, such as making the taste too bitter than it should have been. Therefore, steeping should be consider around: 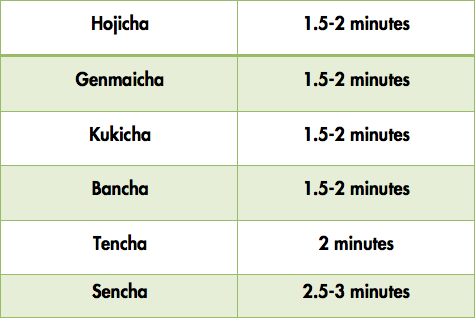 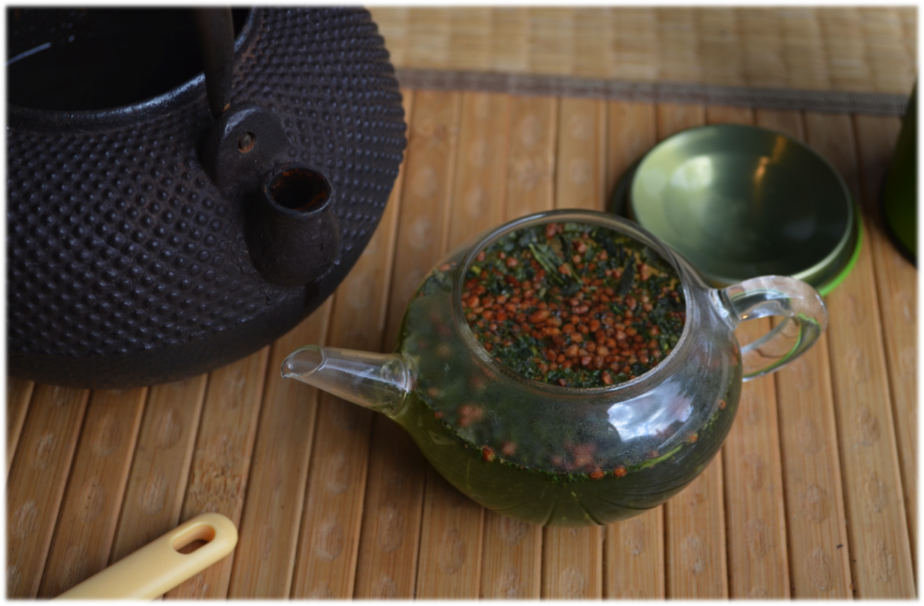 With a strainer, pour small amount of tea at a time into each teacup to acquire an equal amount of the tea’s flavor. 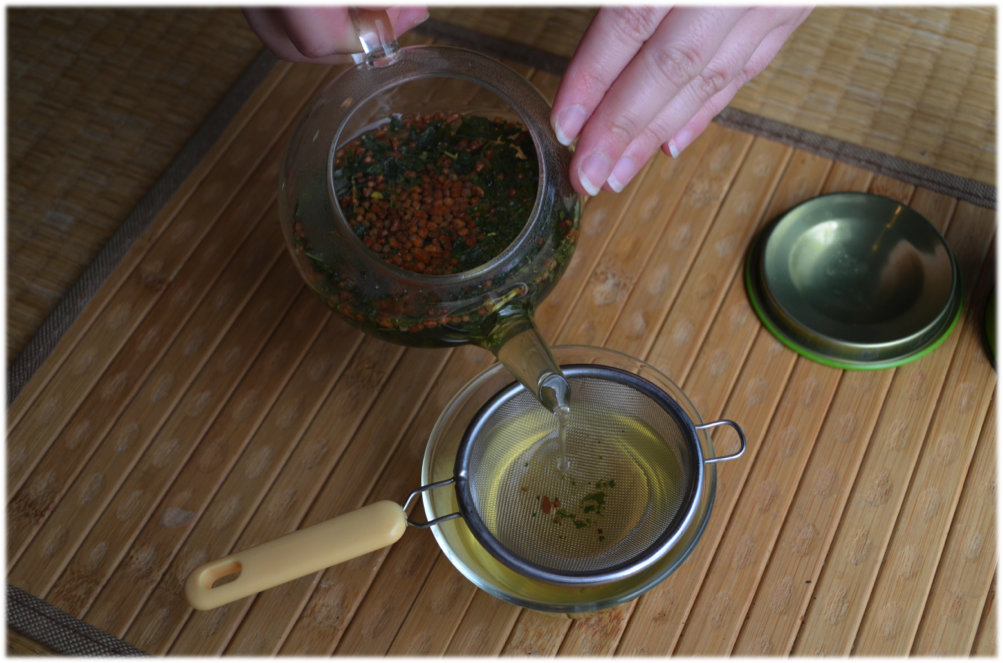 One final thought to be considered is that green tea can be steeped 3 times before the flavor dissipates. One rule to notice is that higher water temperature is needed to re-steep. 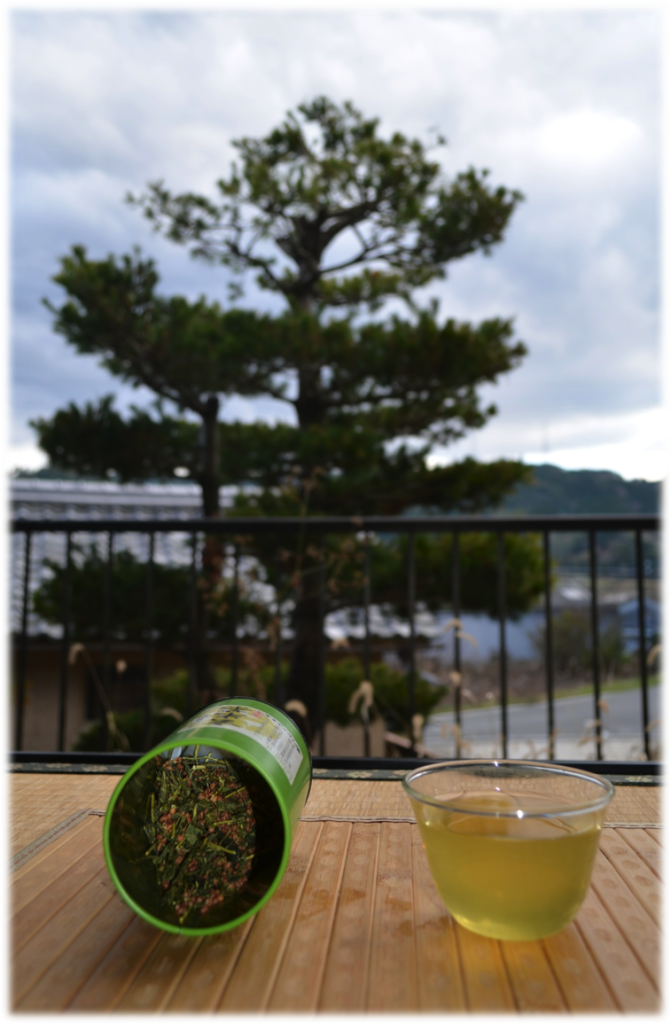 Below are the links showing how you can brew Japanese green tea using Kyusu and Houhin: