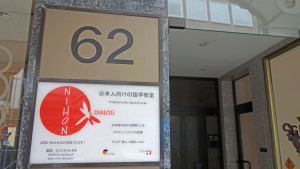 With a third time to visit Dusseldorf, it felt like returning home. Thanks to Lucilia, who has been inviting us every year and has just opened Obubu EU branch. 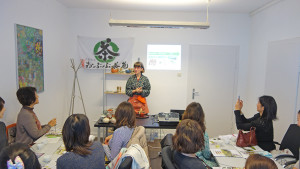 This year we had two Japanese tea events at two different venues, that actually happened to be on the same street. One was the Nihon Dialog, a language school for Japanese, who wish to learn another language, such as German, English, French, etc. Most attendees heard about the event from the school, and consequently all of them were be Japanese. While Matsu-san could feel completely at home, it was a challenge for Simona to make the presentation in Japanese. Everyone seemed to have enjoyed both the presentation and Matcha workshop, and one of the guest even complemented tea ceremony demonstration, saying that she was moved to tears. 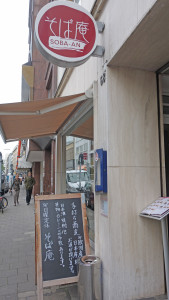 The second event was held at a Japanese restaurant called Soba An. To tell the truth, we have already collaborated with Soba An during our first Euro Tour. Here too most of the attendees were Japanese, so the event was held in Japanese language again. One exception, was Zydong – new Obubu’s intern, who came to meet us at the event just a few days before the leaving for Japan to start his internship. 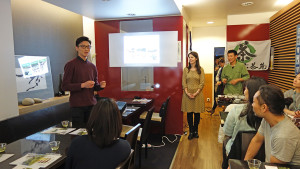 A big thank you to Lucilia for all the help in organizing the events and to Miho, who made wonderful sweets to accompany teas in the events. 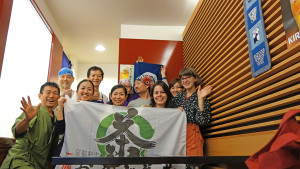