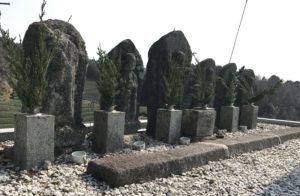 Roku-jizo, or a set of six jizo. We often take large tours here for sight-seeing.

Shrines and temples are everywhere in Japan, from the huge buddha at Todaiji in Nara to tiny Jizo statues along roadsides, and Wazuka has its own collection of beautiful cultural sites, several of which are part of our hiking tea tours.

The picture at the top of this page is of Tenmangu, the shrine next door to the Obubu house. The main deity (there are several others inside) is the spirit of Sugawara no Michizane, a famous intellectual who lived from about 845 to 903 CE, in the Heian period.

Within a century after his death, Sugawara became Tenjin-sama, the deity of scholarly learning, and his shrines are still numerous across Japan today. In Wazuka, there used to be a school next to the  Tenmangu shrine.

Wazuka also has a 1,500 year old holy cedar tree which stands together with two small shrines, one to Susanoo, the god of storms and the sea, and one for his wife Kushinadahime, who according to legend he saved from the eight-headed serpent Orochi. 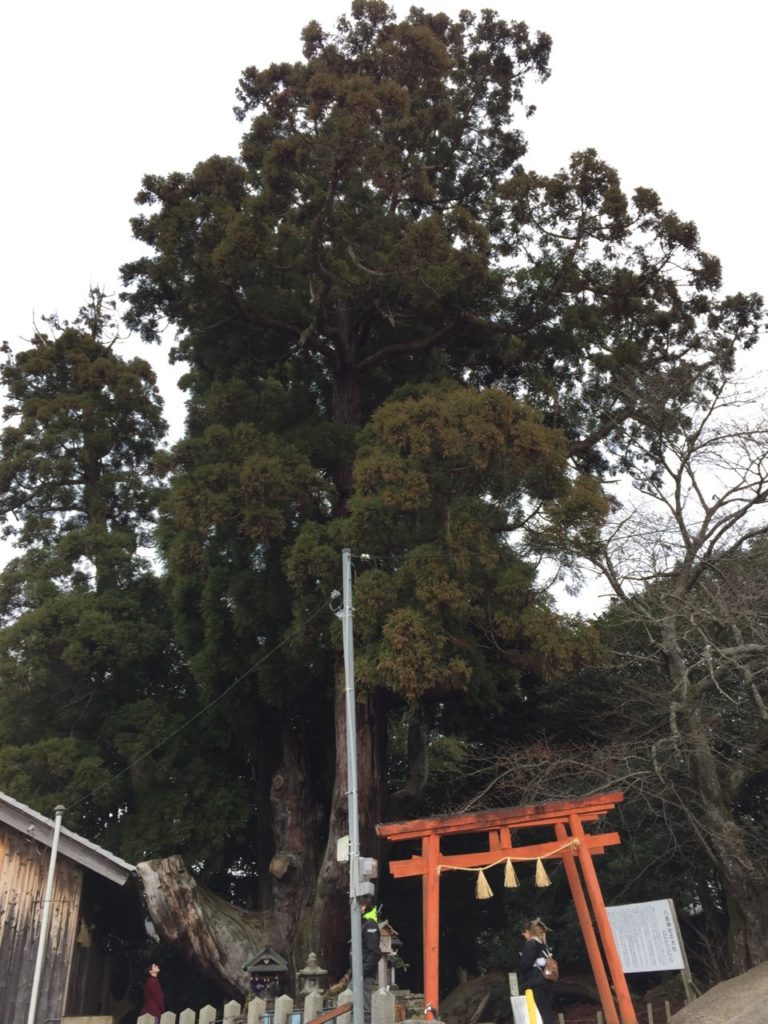 It’s rare for a cedar like this to grow so far south in Japan. Apparently this cedar has been struck by lightning countless times, and a neighbor says that it protects the locals from storms. 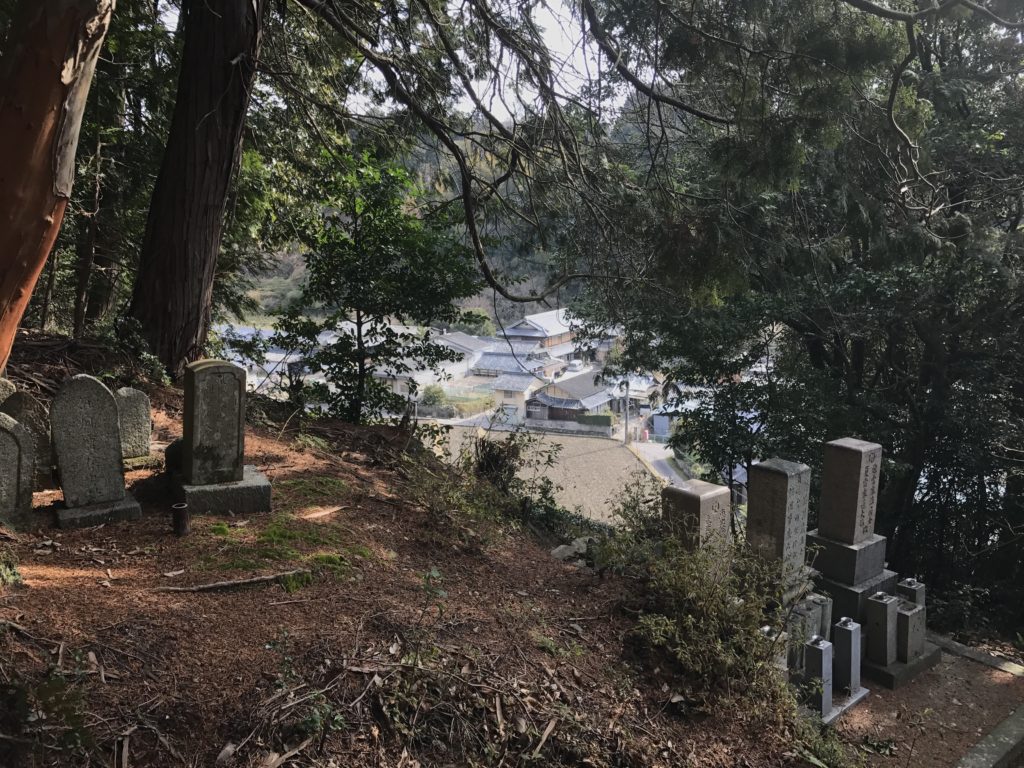 Graves on the hillside path

My favorite shrine in Wazuka is hidden up a path behind a small Buddhist temple. Along the path’s many switchbacks are graves, some old and worn, some new and sleek. The little clusters seem to be family groups, based on the names. After a ways, the path becomes more steep, and the graves disappear.

Eventually red torii gates come into view. The shrine belongs to Inari, an agricultural deity associated with rice, sake, and tea. With the tea fields fanned out around the back of the small peak, it’s a perfect place. 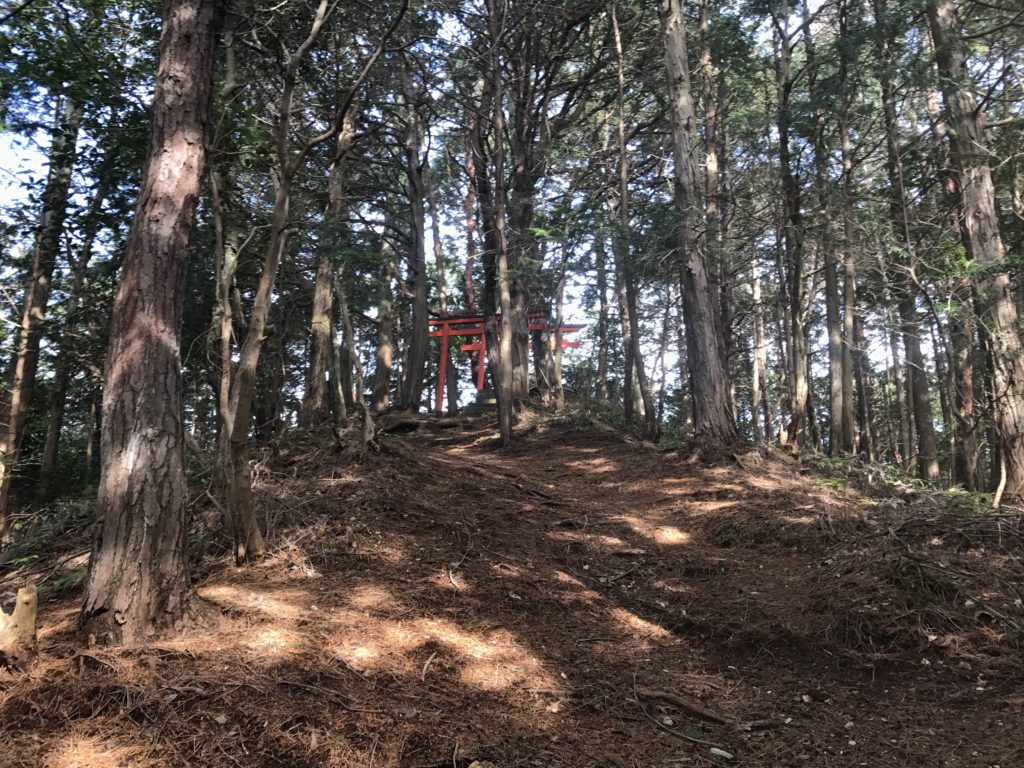 After a walk like this, a cup of tea is just the thing! What sorts of sights are you interested in seeing in Wazuka? 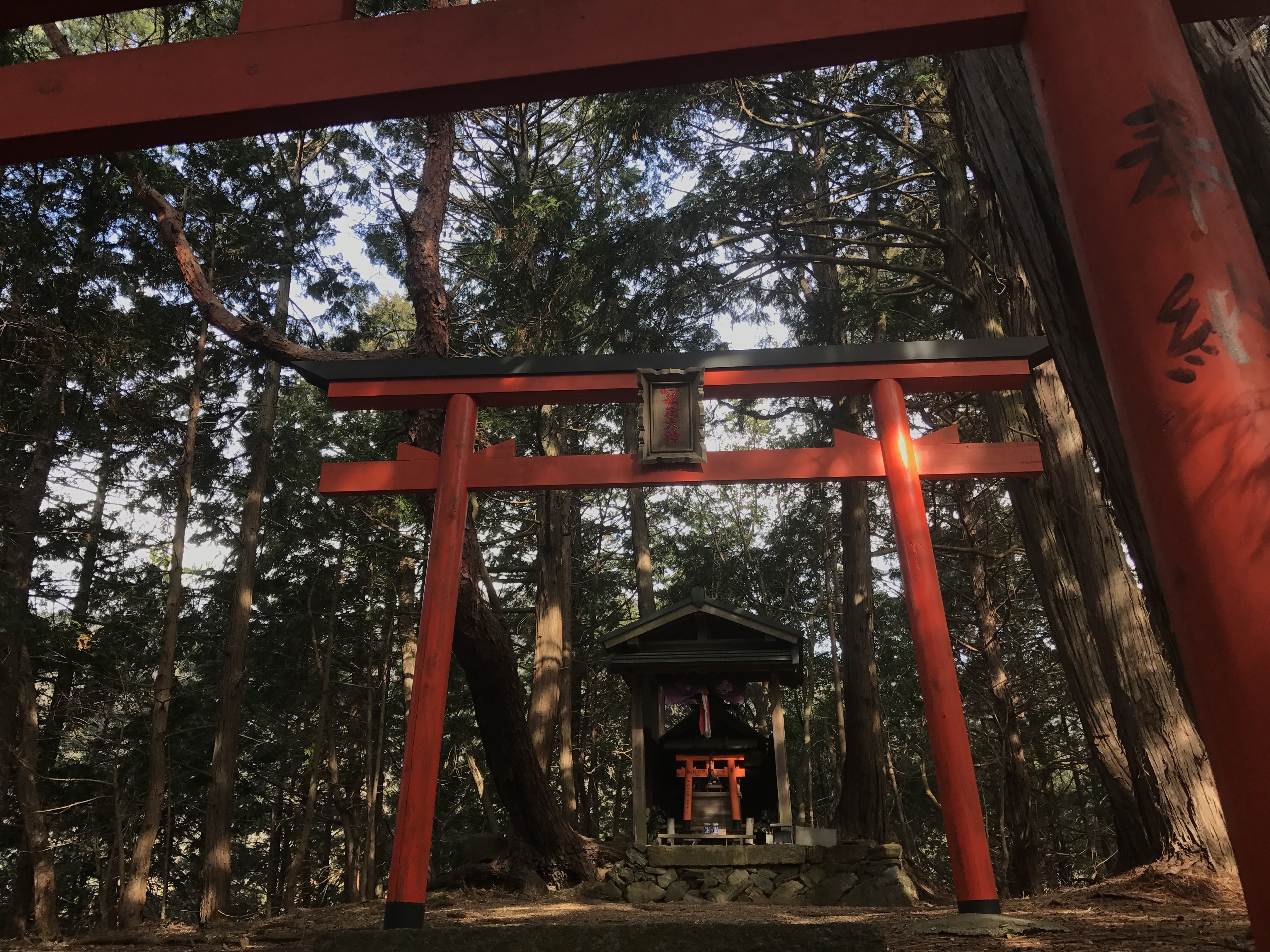